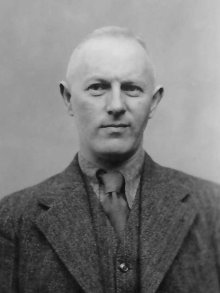 Like his brother, Ernst was a merchant and cattle dealer. He lived in Dingden until the age of 37. In 1930, he moved to Bruenen, where he married Erna Leeser. He had already been widowed by the time of the recording. His second marriage was to Erna’s younger sister Hilde. His only child, Ruth, was born in 1938. In 1939, the family was able to emigrate to Winnipeg in Canada. Ernst worked in Canada as a farmer. He died in Winnipeg in 1957.