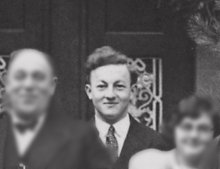 Siegfried was the son of Helene Humberg and Abraham Frank. He was a member of sports clubs and cultural associations in his home town. He was arrested in November 1938, during the National Socialist outrages against the Jewish population, but managed to escape to the Netherlands. There, he was arrested again in September 1939 and was taken to the Westerbork transit camp, where he spent the next five years. He married Margot Cohen in the camp in 1942. She was from Bocholt and had already been interned along with her daughter, Sophia. In September 1944, the family was deported to the Theresienstadt ghetto. From there, Siegfried was taken to Auschwitz, probably to the Blechhammer satellite camp. The official date of his death is 23 April 1945; the place is given as “Germany”.