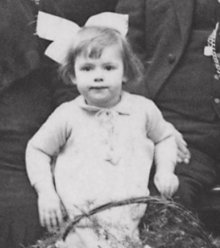 Margot was the daughter of Rosette and Wilhelm Humberg. She was 3 years old when the recording was made. In July 1943, this lively girl wrote a letter to her friend, Coby Breijer, from the family’s hideout in Winterswijk in the Netherlands. In it, she wrote about the persecution by the National Socialist government. On the envelope, the Humberg’s return address has been crossed out and the following notation added: “Moved to Westerbork – just recently taken away by the police”. She and her family were deported from the Westerbork transition camp to Auschwitz and were murdered there.